It was late 2008 when the phone started ringing. Barack Obama had just been elected, thanks in no small part to digital organizing tools that were new to many of us. Some of our most savvy grantees were asking for help as they tried to keep up with changing technology and navigate the new landscape of social media. They were wondering what these changes meant for the way they communicated with decision-makers and engaged their supporters. We had many of the same questions.

We brought together a group of grantees to talk about how they were responding to changing communications technologies and what kind of help they needed. We invited people who were ahead of the curve when it came to communications and others who were open to new ways of working. We knew what questions we wanted to explore, but we didn't know where the answers would lead.

At the end of the gathering, a series of small grants enabled groups to get expert advice tailored to each of their own organizations. Recognizing the value of peer-to-peer learning, we asked everyone to come back the following year to share what happened.

This was the beginning of a decade-long experiment in learning with—and from—our grantees. What started as a conversation about communications and engagement evolved into something much bigger. 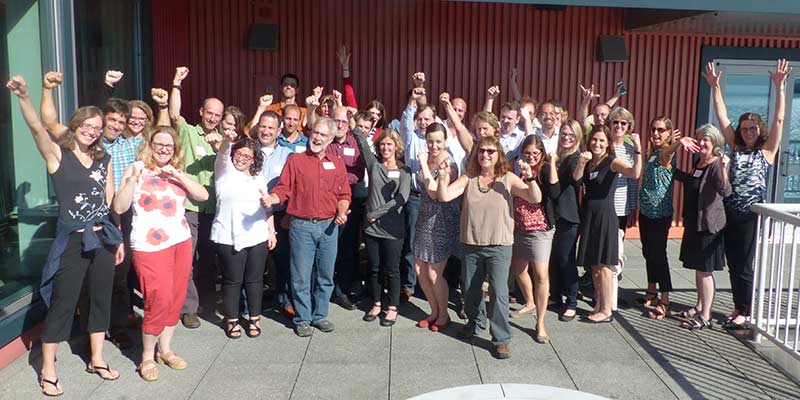 The hardworking participants of the Brainerd Foundation's 2015 Design Lab.

The widespread adoption of social media was changing the way organizations interacted with their supporters and requiring them to allocate resources differently. Shifting social norms were affecting organizational cultures and posing new challenges for leaders. And as organizational priorities were realigned to address new opportunities, the structures of institutions, coalitions, and campaigns were changing.

These were some of the issues we explored in our annual convenings with grantees. We used our time together to pause, reflect, take stock, and learn. Our grantees asked for support to experiment, to try things that were untested; they wanted permission to fail, without the risk of losing their funding.

Some of the things we invested in were modest and tactical, such as new digital tools and outreach techniques. Other investments sought to untangle perplexing questions, like finding common ground between urban environmentalists and conservative rural communities. And still others sought to fundamentally transform the way organizations did their work through collaborative efforts like the mobilization center in Alaska.

Each gathering began with conversations about specific challenges groups were wrestling with, the different ideas they were testing, and how things were turning out. The conversations deepened over the years, as trust and relationships grew.

By listening to our grantees in a setting that supported curiosity and candor, we learned how to be more effective partners. We gave ourselves and our grantees opportunities to learn, permission to stumble, and the support they needed to try again.

Our grantees asked for support to experiment, to try things that were untested; they wanted permission to fail, without the risk of losing their funding.