Klamath Basin Rangeland Trust was a Brainerd Foundation grantee from 2004 to 2014.

$10,000 - To protect the water resources of the Klamath River Basin. Grassroots fund

$15,000 - To complete a watershed assessment of the Wood River Valley that will identify priority restoration and conservation activities. Place-based conservation

$20,000 - To develop a locally driven solution to the over-allocation of water resources in the Upper Klamath River Basin. Place-based conservation 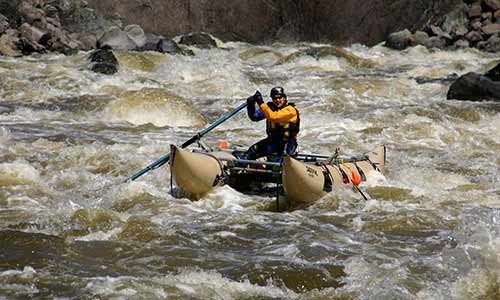 A breakthrough was reached when PacificCorp, a utility that owns four hydroelectric dams on the Klamath River, reached an agreement with the states of Oregon and California, and the U.S. Department of the Interior to remove the four dams by 2020. This is the by-product of an agreement to resolve water-use conflicts between a diverse set of stakeholders including tribal interests, farmers, fishermen, environmental groups, and governments. In its early history, the Brainerd Foundation funded work in the Klamath basin.