It's hard to forget the sight of large animal vertebrae poking out of piles of decomposing organic matter—piles that towered over us as we sheepishly walked along the dirt paths of the large mammal composting facility. Believe it or not, this operation was a highlight of our site visit to the Blackfoot Valley in Montana, and an integral part of our program to protect ecologically significant lands in the more rural parts of our funding region. 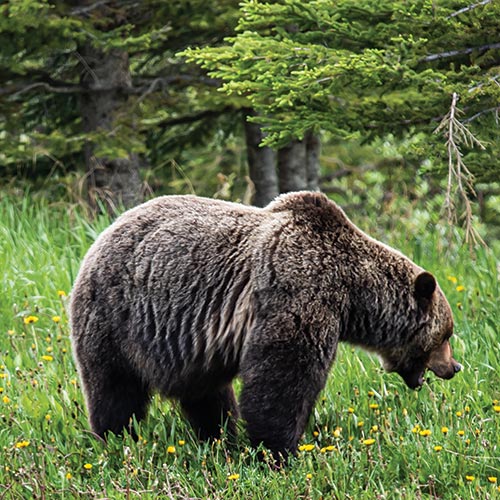 A few years earlier, when we decided to narrow the number of places where we would invest, we asked conservation biologists to help us understand where our foundation could make a meaningful difference. They pointed to a swath of land in Montana and Idaho that sat between two large protected areas: Yellowstone to the east and the Salmon-Selway Ecosystem to the west. This was an important migratory corridor for growing populations of wildlife traveling between the protected areas, but it was largely overlooked by conservation groups and foundations because it was predominantly privately owned land. 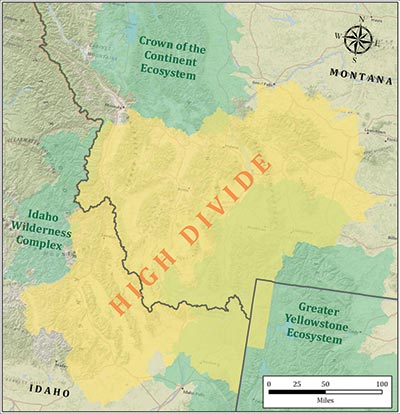 A map of the vast High Divide region, a critical migratory corridor for wildlife composed of predominantly privately owned land.

We decided to invest in this area—which soon became known as the High Divide—because we saw the opportunity to fill a gap in a larger body of work. We supported collaborative efforts between ranchers who had raised cattle on the land for generations, and conservationists who wanted to see healthy populations of wildlife (including grizzly bears) travel safely across these private lands. The compost facility was one element of a multi-faceted strategy to reduce conflicts between ranchers and wildlife. Our early investments helped put this area on the map, protecting it in a way that respects the different ways people and animals use the land. It also called attention to a place that was not a priority for others, and helped attract more investment and supporters, public and private. We are proud to say that this project now serves as a model of community collaboration. 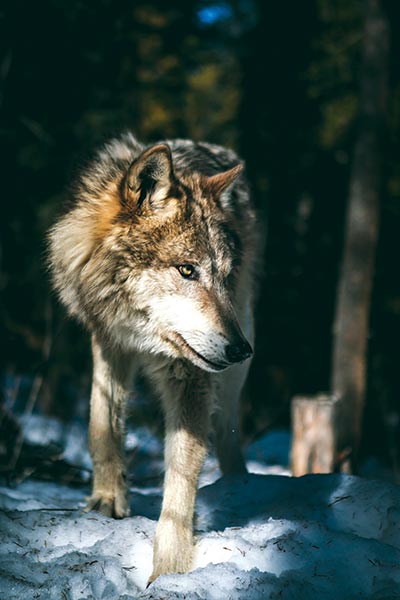 The successful reintroduction of large carnivores to western landscapes depends upon stakeholders who are committed to finding solutions that work for everyone.

From our foundation's earliest days, our trustees looked for things that were missing. For our place-based program, this meant working in places like the High Divide, where our involvement could bolster important work that was being overlooked. But these weren't the only gaps we sought to fill.

Paul and Sherry's background in the business world instilled in us the importance of giving people the tools and support they needed to really make a difference. Some groups desperately needed help with communications and marketing, others needed coaching and leadership development, and still others needed economic analyses or scientific assessments.

Our commitment to building the capacity of organizations in our region meant that we filled a lot of gaps and gave people the ability to make better use of their time, energy, and resources.

Our commitment to building the capacity of organizations in our region meant that we filled a lot of gaps and gave people the ability to make better use of their time, energy, and resources.