Serious injury in 1976 put a damper on Dave Willis' days as a mountain climber, but it did not prevent him from devoting much of the next four decades of his life to fighting to protect an ecological wonderland at the crossroads of the Cascade, Klamath, and Siskiyou ecoregions. Traveling by horseback, he guided reporters, elected officials, and many others through the landscape, showing them what would be lost if the bulldozers and chainsaws were allowed in. 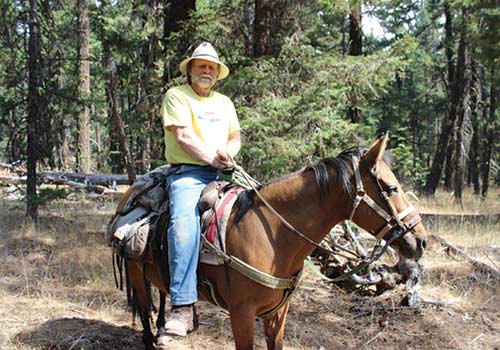 Dave was the force behind the designation of the Cascade-Siskiyou National Monument in 2000, the Soda Mountain Wilderness in 2009, and the Monument's expansion in 2017. Opponents of these protections fought hard to undermine these gains, but Dave's Soda Mountain Wilderness Council and partners prevailed every time. As we closed our doors in 2020, this area was again at risk, but Dave was still going strong, continuing to lead with persistence, tenacity, and resilience.

The work of our foundation was all about finding people who had the ability to make a difference and investing in their leadership. We looked for people like Dave—people with a fire in their bellies and an understanding of what was needed to make change, people who listened as much as they talked and had an ability to bring others along.

Not every place or challenge calls for the same kind of leader. Coming out of the trenches of the highly contentious spotted owl fight, Rick Johnson tried a different approach when he took the reins of the Idaho Conservation League. He focused on building relationships with unlikely allies, including Congressman Mike Simpson, a conservative Republican. 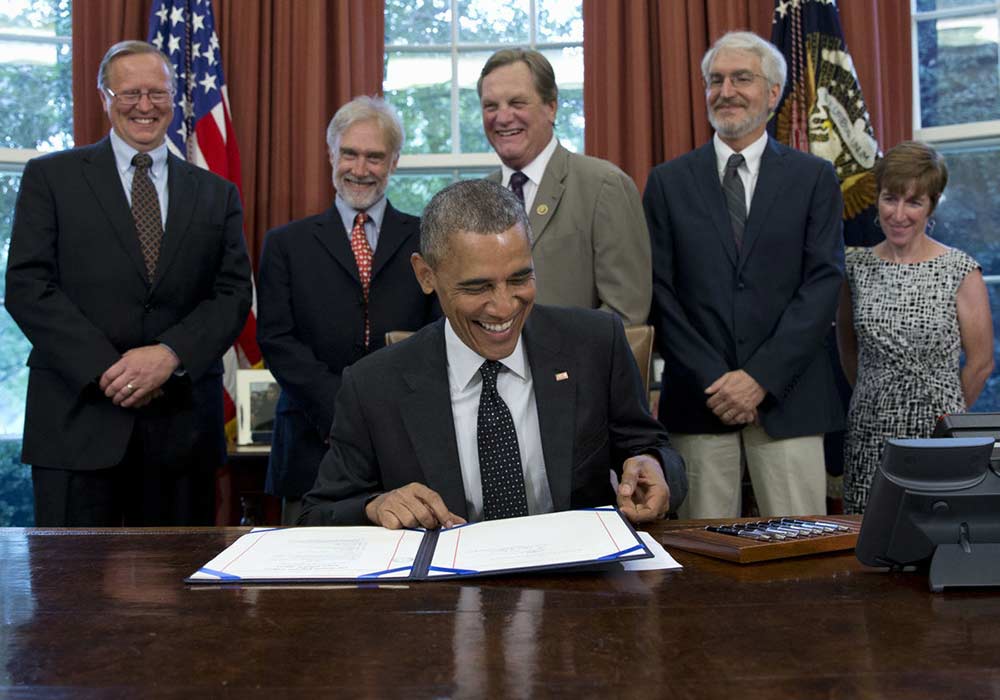 Rick Johnson and Mike Simpson (back row, second and third from left) at the signing of the Boulder–White Clouds Wilderness Bill.

Many years later, Simpson became the champion who achieved what no one else could. He stood up to members of his own party and got the Boulder–White Clouds Wilderness designation across the finish line. In 2015, standing side-by-side behind the president as he signed the bill, Rick and Mike celebrated a Wilderness—and a friendship—that had been decades in the making. Rick showed us the power of leadership that is passionate, strategic, and pragmatic.

Sometimes true leadership means creating space for new leaders. In Alaska, Polly Carr has worn many hats; she led the Alaska Youth for Environmental Action and the Alaska Center and its sister education fund. Although her job required her to be in the front of the room, Polly consistently shone the spotlight on others, bringing new voices to the table and asking hard questions about how the work could be done more intentionally. Polly's commitment to creating a more just world—combined with her collaborative approach, her vision and drive, and her humility—helped shape the future of conservation advocacy in Alaska. 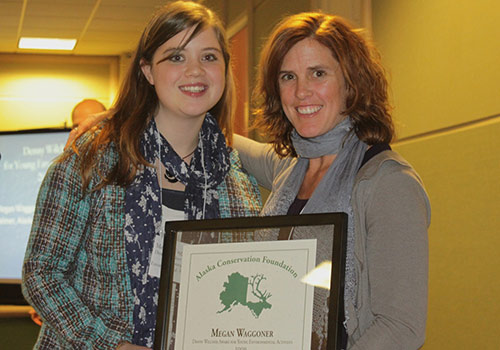 Polly Carr presenting an achievement award to a member of Alaska Youth for Environmental Action, a program of the Alaska Center.

In our 25 years, we supported established leaders like Dave, Rick, and Polly, and also emerging leaders, because leadership can come from all levels of an organization. And we provided support not only when things were good, but perhaps more importantly, when the going got rough.

As we we closed our doors in 2020, we were seeing a generational shift in the leadership of many organizations. As senior leaders passed the baton, we were inspired by the talent and vision we saw in those who were stepping up—people who also had a fire in their bellies and the talents and skills that were right for the time and place.

The work of our foundation was all about finding people who had the ability to make a difference and investing in their leadership.