Alaska Wilderness League was a Brainerd Foundation grantee from 2000 to 2016.

$50,000 - For general support to advance conservation for public lands and waters in Alaska. Place-based conservation

$3,000 - For support of Alaskan wilderness areas from threats from gas and oil development. Opportunity fund

$40,000 - To protect the wildlands, fisheries and wildlife resources of Alaska. Place-based conservation

$25,000 - To explore opportunities to diversity its funding base. Conservation capacity

$20,000 - To support a proactive campaign to permanently protect the Arctic National Wildlife Refuge from oil and gas exploration and development Place-based conservation

$5,000 - To conduct media in support of the Arctic Monument campaign. Place-based conservation 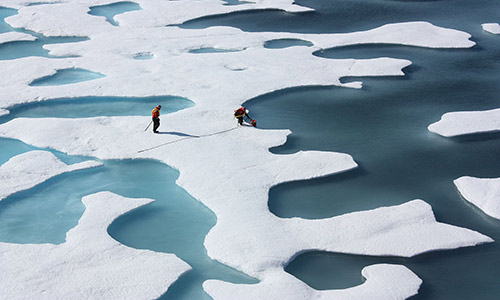 Obama bans drilling in parts of the Arctic Ocean

President Barack Obama announced that he is withdrawing most of the Arctic Ocean from future oil and gas leasing under the Outer Continental Shelf Lands Act to protect critical habitat from oil spills, to aid the transition to a clean energy future, and to help the United States meet the carbon reduction goals necessary to avert the worst effects of global climate change. Brainerd grantees Earthjustice, the Alaska Wilderness League, and Trustees for Alaska deserve much credit for this win.